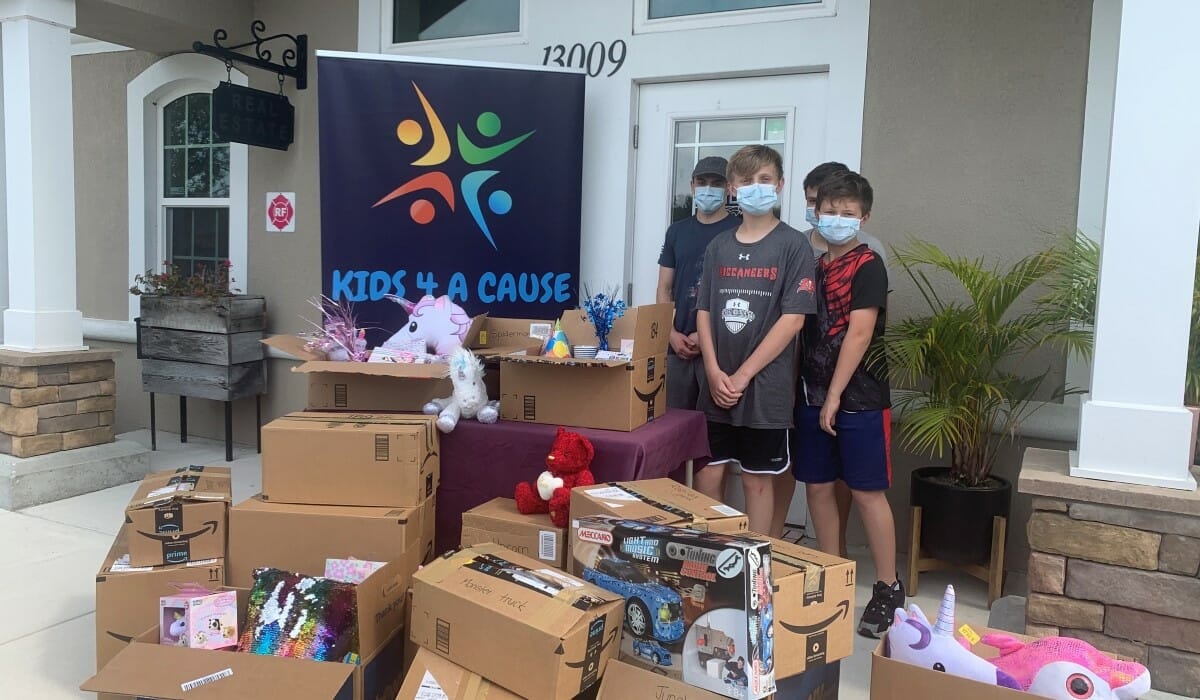 A teenager inspires his peers to raise money for local charities

Meet Michael Kuhn, winner of the Daily Point of Light Award. During the third annual Global Volunteer Month, we celebrate the power of people who take on society’s greatest challenges and build stronger, more vibrant communities through volunteerism and everyday actions, like Michael. Read her story and join the celebration of Global Volunteer Month.

For the past three years, Michael has served his Tampa, Florida community through Children 4 a causea charity launched by his family in 2019. The teenager is co-CEO of the foundation, along with his brother Christian and cousins ​​Dominic and Sheldon Fouché, as well as its spokesperson.

Each month, the foursome chooses a charity to support by donating at least $1,000 or necessary supplies. In three years, they have supported over 35 different charities in the Tampa area as well as in their home country of South Africa. Through their work, they have supported the homeless population, foster children, refugees, endangered animals, and more.

“It was a great experience because we really got to connect a lot more,” Michael said. “We were also able to meet a lot of new people and learn more about their life stories.”

To raise funds, the boys and their fellow volunteers come together to create homemade items which they then sell, including chocolate bombs, bath bombs and organic homemade soaps. They also raised funds through garage sales, raffles, and Christmas music production.

As spokesperson, Michael handles the majority of the interviews and public relations, a role he took on because of his love of communicating with others. Describing himself as a people person, Michael said he enjoys talking about his passion for Kids 4 A Cause and volunteering. One of the organization’s goals is to encourage other young people in particular to have a positive impact on their community.

“We believe kids can make a difference no matter what people tell them they can or can’t do,” Michael said. “Kids can do anything they can think of.”

Kids 4 A Cause was born following the death of Michael’s father in 2017. Blown away by the support they received from their community, Michael and his family decided to give their all. Michael’s mother, Natalie Kuhn, said focusing on helping others, even as they went through their own trauma, helped the boys overcome a lot of sadness and gave them greater focus. in their life.

This month, Michael and his family are making and selling prayer bracelets to support foster children. They also continue to fundraise for March’s project, which was to help Ukrainian refugees. So far they have managed to raise over $5,000 for the refugees by selling the wristbands and continue to take orders.

A favorite project of Michael, who is very passionate about animals, has been helping the Humane Society of Pinellas. While still in elementary school, he rallied his class to help raise funds and donate two cars full of supplies to the animal shelter. They were then able to visit the animals they were helping.

Natalie said Michael has also continued to spark interest in service among his college peers, many of whom constantly ask to help or have even started their own volunteer projects.

“I think his legacy was that he was able to inspire other kids to not just think about their world, but the world around them, and open their eyes to how they can make a difference,” Natalie said.

Want to make a difference in your community like Michael? Find local volunteer opportunities.