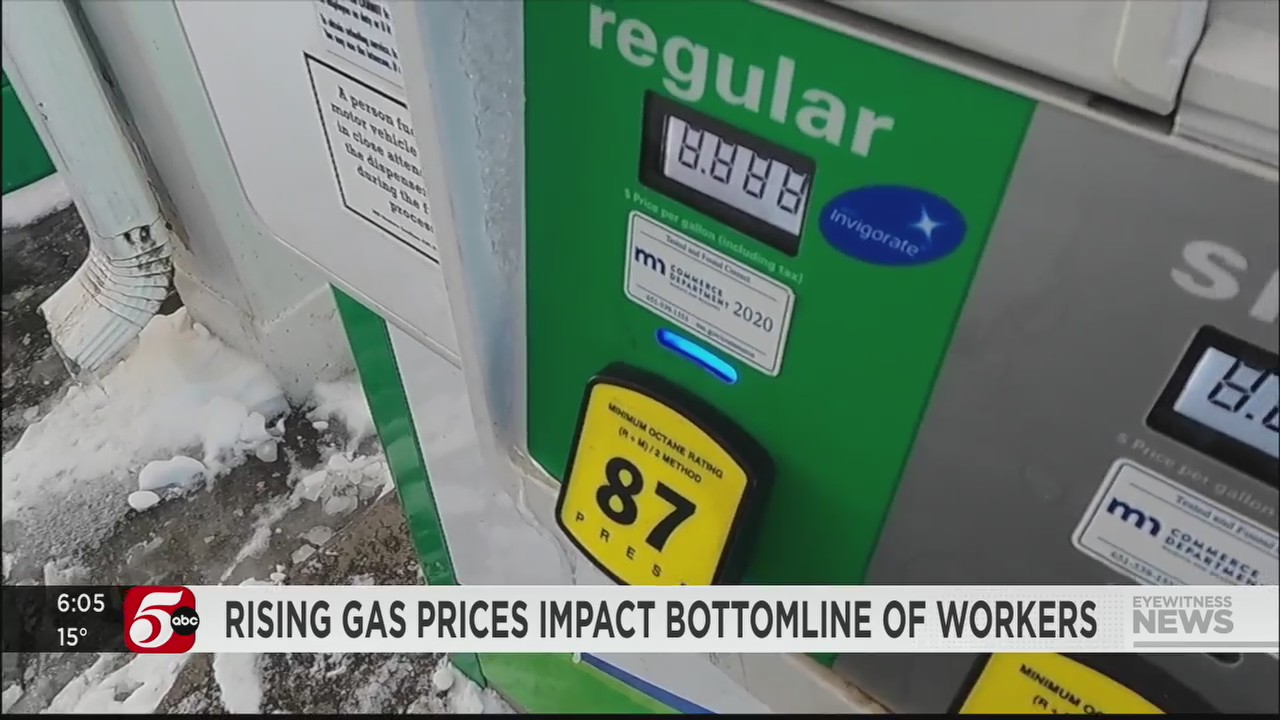 The average price of gasoline rose slightly in Minnesota on Wednesday as costs climb across the country. A regular gallon of gasoline statewide costs an average of $3.95, according to AAA. The national average is $4.25 per gallon.

The rising costs come as Metro Meals on Wheels struggles to meet record demand. The organization delivers 5,000 to 6,000 meals a day, in six counties. Program officials told 5 EYEWITNESS NEWS they are exploring ways to help volunteers.

“We haven’t seen a decline in volunteer support for Meals on Wheels delivery, which we’re very grateful for,” said Linda Velez, director of volunteer engagement at Community Emergency Services (CES). “But we are looking at efforts to see how we might support them, additional resources we might be able to provide if that were the case.”

Velez said they are looking at mileage reimbursement, for example. She told us that these discussions had just started in the last few days.

“We’re thinking outside the box about how we might be able to support that,” Velez said.

The CES site serves nearly 300 meals a day to residents in north and south Minneapolis.

Paul Bondhus has been a volunteer driver in Minneapolis for six years and explained that he delivers nourishing meals for the body and soul.

“It’s a privilege and they’re so grateful,” he said. “For some of them, you’re the only person they see, especially during COVID.”

Bondhus is not discouraged by the rising gas prices.

5 teams observed Minnesotans spending between $60 and over $100 to fill up on gas.

“We are very sorry that gas prices are going up,” said Kafi Ali, who was waiting to pick up passengers at Minneapolis-St. Paul International Airport. “It affects our life, our daily income, our weekly income.”

He explained that he had to fill up every day, which cost $40. If he earns $200 commuting, he said gasoline costs almost a quarter of his income.

“I’m almost [at the point] to find another job,” Ali said.

Other drivers also expressed their frustration.

“Expenses have gone up a lot, like I said, it’s about $300 more a month than this time last year,” said a driver named Todd, who declined to give his last name for fear that he would lose his position as a carpool driver.

He explained that ride-sharing companies keep part of the fare.

Driver Leo Feng said he was paying about 20 to 30 percent more than before due to rising gasoline prices. He hopes the pain at the pump will have long-term benefits.

“For the short term, it’s bad, it hurts your wallet,” Feng said. “For the long term, for society as a whole, for the environment, it’s probably better. If it’s $100 a gallon for the price of gas, nobody wants to drive anybody anymore and get an electric. Uber spokesman Josh Gold sent 5 EYEWITNESS NEWS a statement that read: “We know higher prices at the pump can be a challenge, which is why we recently launched a new feature that helps drivers save up to 25¢ per gallon through cash back with getupside Our platform only works if it works for drivers, so we will continue to monitor gas prices and listening to drivers over the next few weeks.”

2022-03-10
Previous Post: Statoil announces changes to corporate structure and management team
Next Post: CUs step up to donate time and funds to charities