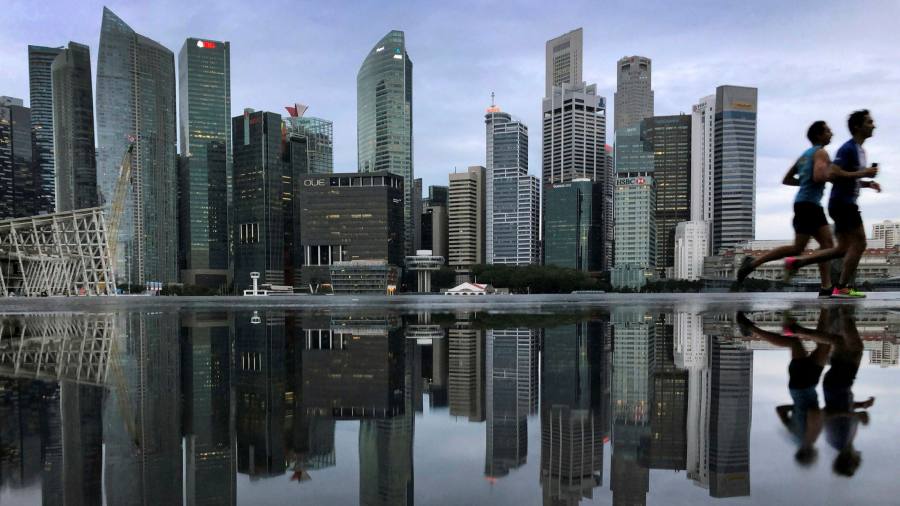 Multibillion-dollar hedge funds, private equity firms and family offices from Asia, Europe and the United States are set to transfer assets to Singapore, after the city-state launched a corporate structure with the goal of becoming the premier financial center in the region.

The moves come amid growing concerns over Hong Kong’s status. The funds have drawn up contingency plans for life outside the semi-autonomous territory after months of pro-democracy protests last year and Beijing’s decision to impose a national security law.

Both Japan and Singapore have stepped up their efforts to present themselves as the best alternative, with Tokyo set to offer free offices, visa waivers and accelerated licensing.

Singapore launched a legal structure called Variable Capital Company in January, designed to attract assets from fund managers and family offices registered in low-tax jurisdictions such as the Cayman Islands and Luxembourg. The VCC is designed for traditional and alternative investment funds and can be used either as a standalone entity or as an umbrella for multiple funds.

The structure shares many of the tax-efficient features of the Luxembourg Sicav, the Segregated Portfolio Company (SPC) in Cayman Islands and the Open-Ended Fund Company (OFC) in Hong Kong, tax experts said.

Much of VCC’s appeal stems from the country’s strong regulatory reputation relative to other domiciles, said the asset managers who launched the structure.

At least four multi-billion dollar property and credit funds with managers based in Tokyo, Hong Kong and Singapore are in the process of registering VCCs. A $1.5 billion private equity fund as well as several Japan- and Asia-focused hedge funds are also in talks to do so, according to people with direct knowledge of the situation.

Seventy VCCs – many of which were created by small funds and local boutiques or family offices – have already been launched.

But a much larger wave of business is coming, say bankers, fund managers, tax advisers and others familiar with the situation.

“We have heard from families in Europe and North America who are taking this very seriously. . . and some of them have hired lawyers to work on their mandates,” said Lee Woon Shiu, Regional Head of Wealth Planning, Family Office and Insurance Solutions at DBS Private Bank in Singapore.

The Cayman Islands, which has historically attracted much of the world’s new hedge fund assets, is reeling from the EU’s decision in February to add the jurisdiction to its blacklist of uncooperative tax jurisdictions. A significant number of funds with assets in the Cayman Islands are managed by Hong Kong-based managers.

The VCC legislation “came at the right time to absorb this demand where asset managers are now slightly nervous about having their product not only in offshore jurisdictions,” said Armin Choksey, head of the research center. in the asset and wealth management market in Asia-Pacific at PwC Singapore, which helped set up the structure.

Yap Chee Wee, managing director of Fleur Capital, a Singapore-based wealth management firm that set up a VCC together with a visual effects firm, said the Singapore structure marks the first serious challenge for fund domiciliations. existing for years.

“In my 20 odd years in the financial industry, this is the first time there has been [been] major change. It was long overdue and should have been done much sooner,” he said, adding that he was considering rehoming the company’s existing funds from the Cayman Islands.

Benny Chey, deputy chief executive of the Monetary Authority of Singapore, the de facto central bank, said he expected the VCC to “attract interest from private wealth and large institutional investors” thanks to its “variability of capital, segregation of assets and liabilities, and its ability to access tax treaty benefits”.

Mr. Chey added that requiring VCC fund managers to be regulated by the MAS and imposing anti-money laundering and anti-terrorism obligations are among the measures that will ensure the legitimacy of these structures.