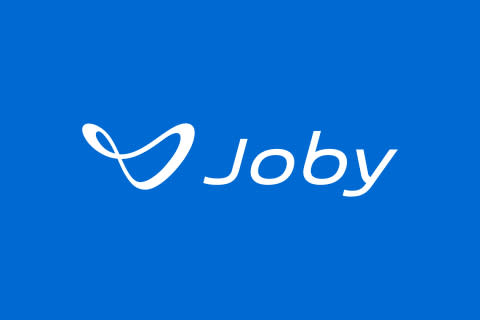 Joby Holdings, Inc. (“Joby Holdings”), a Delaware corporation, former shareholder of Joby and holding company through which Joby employees indirectly held interests in the shares of Joby, was merged with and into Joby earlier today. As a result of this action, Joby Holdings shareholders received directly a corresponding number of shares of Joby Aviation, Inc. Simultaneously, all Joby shares held by Joby Holdings were canceled resulting in no dilution for holders of Joby shares. None of these changes entails any change in the directors, officers, management or activities of Joby.

Joby will file a Form S-1 with the Securities and Exchange Commissions (“SEC”) to register the shares issued under the actions described above.

About Joby
Joby Aviation, Inc. (NYSE: JOBY) is a California-based company developing an all-electric vertical take-off and landing aircraft that it intends to operate as a fast, quiet air taxi service and practical from 2024. The aircraft, which has a maximum range of 150 miles on a single charge, can carry a pilot and four passengers at speeds of up to 200 mph. It is designed to help reduce urban congestion and accelerate the shift to sustainable modes of transport. Founded in 2009, Joby employs more than 800 people, with offices in Santa Cruz, San Carlos and Marina, California, as well as Washington DC and Munich, Germany. For more information, visit www.jobyaviation.com.

Forward-looking statements
This press release contains “forward-looking statements” within the meaning of the “safe harbor” provisions of the Private Securities Litigation Reform Act of 1995, including, but not limited to, statements regarding the development of Joby’s aircraft and financial and market outlook. Forward-looking statements give Joby’s current expectations and projections regarding our financial condition, results of operations, plans, objectives, future performance and business. You can identify forward-looking statements by the fact that they do not relate strictly to historical or current facts. These statements may include words such as “anticipate”, “estimate”, “expect”, “project”, “plan”, “intend”, “believe”, “may”, “will”. , “should”, “may have”, “likely”, and other words and terms of similar meaning in connection with any discussion of the timing or nature of future operating or financial performance or other events. All statements forward-looking statements are subject to risks and uncertainties that could cause actual results to differ materially from those we expected, including: Joby’s limited operating history and history of losses; its ability to launch its carpooling service and the growth of the urban air mobility market in general; Joby’s plans to operate a commercial passenger service from 2024; the competitive environment in which it operates; its future capital requirements; its ability to pr adequately protect and enforce its intellectual property rights; its ability to respond effectively to changes in regulations and standards relating to its aircraft; its reliance on third-party vendors and service partners; uncertainties related to Joby’s estimates of the market size of its aircraft and future revenue opportunities; and other important factors discussed in the Company’s final prospectus and proxy statement, dated April 2, 2021, filed with the Securities and Exchange Commission (the “SEC”), as updated by the factors disclosed in the section titled “Risk Factors” in its current report on Form 8-K filed with the SEC on August 16, 2021, and in other reports the company files or provides to the SEC. All of these forward-looking statements represent management’s estimates and beliefs as of the date of this press release. Although Joby may choose to update these forward-looking statements at some time in the future, it disclaims any obligation to do so, even if subsequent events change its views.