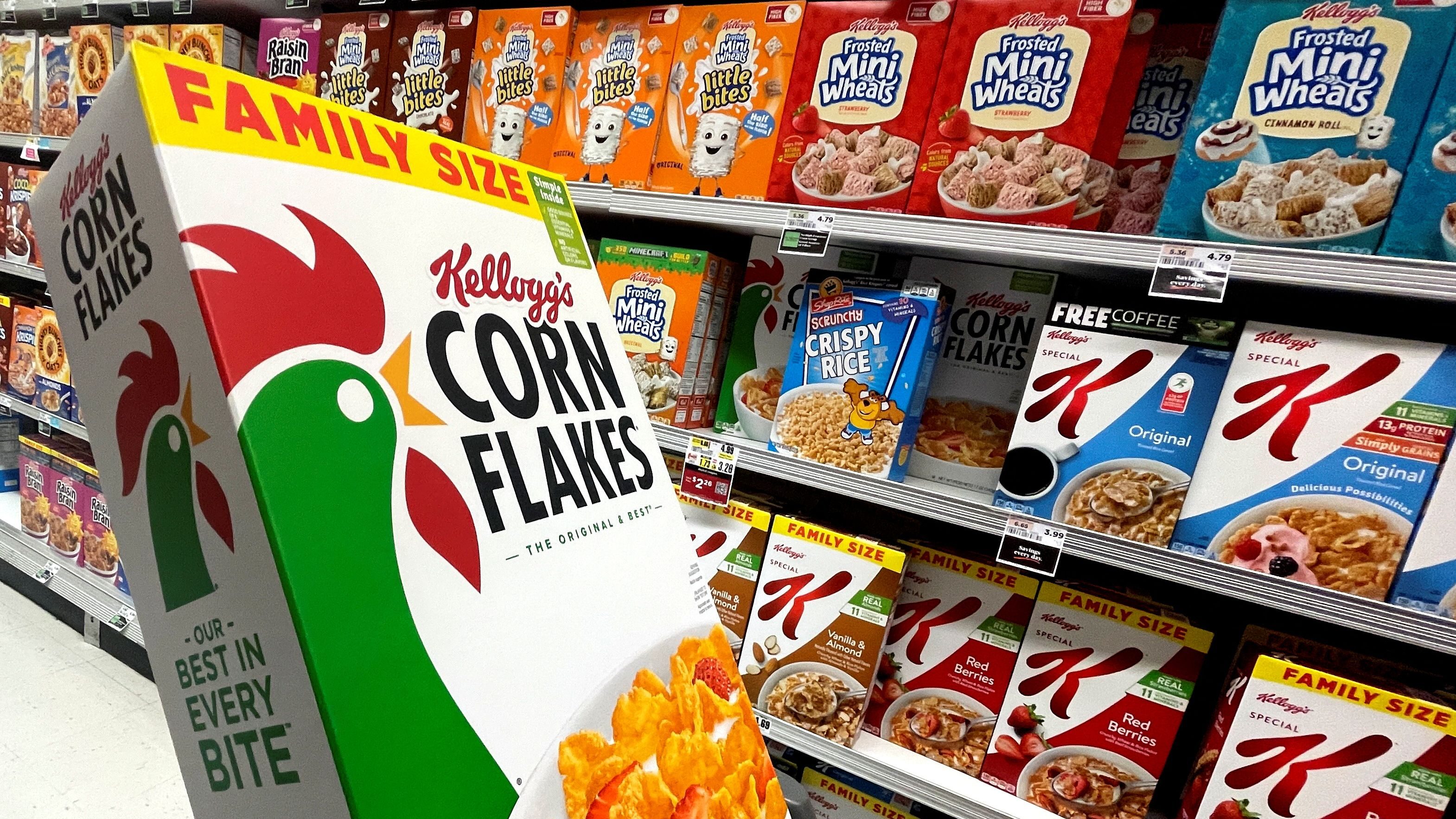 Kellogg’s said June 21 that it was splitting into three independent public companies, separating its North American cereal and plant-based foods businesses. The remaining business, which accounts for 80% of Kellogg’s net sales in 2021, will focus on the global snacks market.

The three individual businesses will be better positioned to focus on their distinct priorities, have greater operational flexibility and are expected to create more value for all shareholders, the company said. The companies “have significant self-sustaining potential,” Kellogg CEO Steve Cahillane said in a statement. The names of the various companies have not yet been determined.

A growing world of snacking

Kellogg’s $2.7 billion purchase of Pringles in 2012 from P&G has paid off: In recent years, Kellogg’s snack business has boomed as people stay home more. Between 2020 and 2021, Kellogg’s snack sales grew nearly 6% year over year in North America, according to its 2021 annual results report (pdf). Meanwhile, grain sales were down 14% and frozen food sales were down 3%.

Competitors like Mondelez have also noted strong demand for snacks. “[T]he discretionary part of snacking is, I would argue, it’s not so discretionary anymore with modern consumers,” Mondelez CEO Dirk Van de Put said on a conference call with investors and analysts in April. In China, for example, he said there was a surge in the purchase of snack cookies because they have become a staple.

Here is a breakdown of the products the new companies will host:

The North American grain and crop companies will remain based in Battle Creek, Michigan. Meanwhile, the global snack company will be headquartered in Chicago, along with an office in Battle Creek. The restructuring is expected to be completed by the end of 2023.