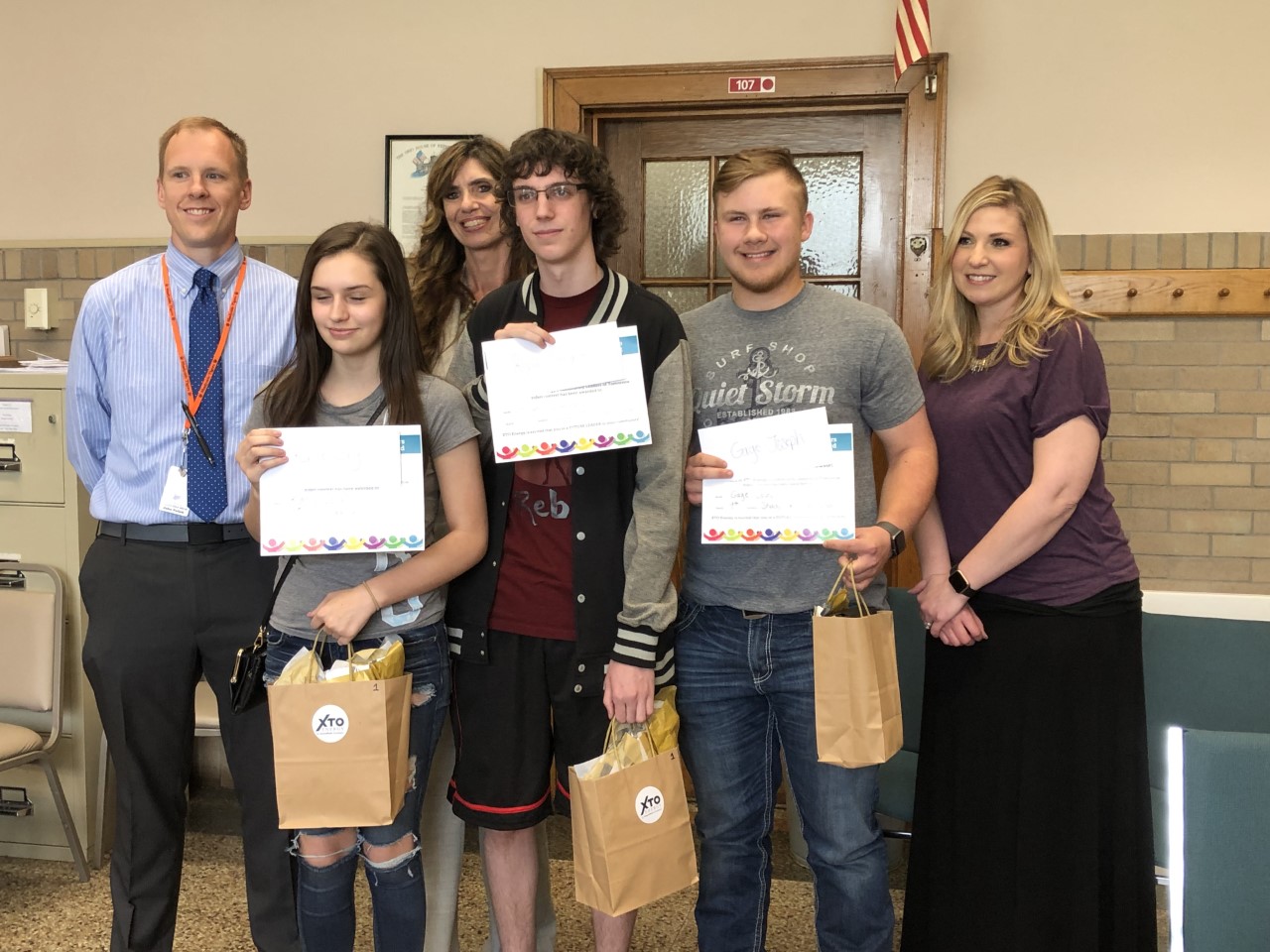 The competition rewards both students and charities

A project that started with XTO Energy wanting to give back to the community ended with lots of smiles at Shadyside High School on Tuesday.

Three students, all freshmen at Shadyside, are tied for first place in XTO’s Community Leaders of Tomorrow competition.

They each received an award, as did the nonprofit charities they chose to focus on.

XTO officials say they wanted to donate to some worthy causes in the community.

But they decided to let high school students find the names of these organizations.

So they organized a competition.

Students had to choose a charity and make a video about it.

In the end, they were all winners.

“They had to be a bit enterprising, use a multimedia approach, and they made a video about their ideas on how to help a nonprofit in the community,” said John Poilek, principal of Shadyside High School. .

“My project was to make a video for the nonprofit Books With Badges,” said freshman Ryan Zumpano. “They come to local elementary schools with law enforcement and teach little kids to read or at least read books with them.”

“A lot of times we have families with kids who don’t have the money to go out on their own in the community,” said Melissa Powers, regional director for Southeast Health. “So this could be an opportunity for them to get some furniture or any kind of needs they might have.”

“This money will be put to good use,” said Thomas Cottello, post commander of VFW Post 626. “I can tell you that.”

The three winning students each received $1,500 and an iPad.

The charities they chose each received $1,500.

Charity representatives said it came as a complete surprise.

The VFW station commander was emotional, saying he was touched that a youngster would think of a veterans organization.