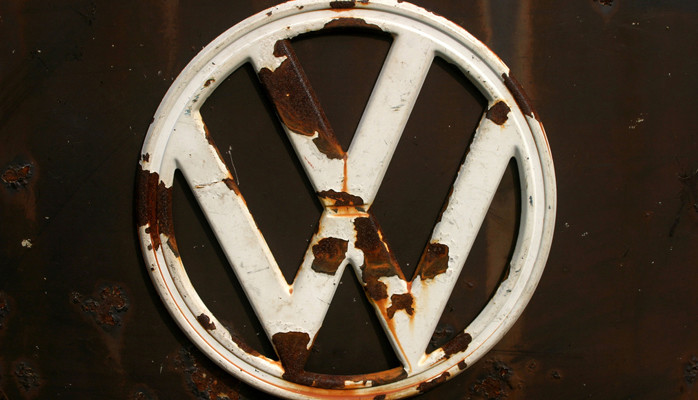 Much has been written about Volkswagen since news broke that it designed its diesel cars to cheat emissions tests. The German car giant has been criticized for losing its ‘hippie culture’ image and turning itself into ‘just another ‘soulless’ organization’, making decisions not based on what’s good for the customer, but on what he has determined to be best for profits.

The scandal itself has been bad for VW and its customers, many of whom feel let down by a company they trust. VW CEO Martin Winterkorn was forced to resign over the deception, and as many as 11 million cars now need to be brought up to standard. It’s hard to rebuild trust when you’re actively working to deceive your customers, but this story exposed a deeper flaw for Volkswagen: a seemingly closed culture where all decision-making was handled by a central group of senior executives. And it is this culture that will have to change for VW to rebuild the confidence that has been reduced.

According to industry experts, VW had a siled, “top-down” corporate structure where decision-making “relied on a strong leader and a small group of key advisors.” This type of structure not only makes the organization slow to react to changes in the market, but leaves the organization with glaring blind spots; a less command and control structure could allow voices outside the C-suite to be heard. These voices, many of whom likely have direct exposure to the product and potential customers, can often fill in the gaps that the C suite doesn’t.

This approach to company culture is outdated and ineffective because it leaves the vast majority of employees feeling “out of the loop”, devalued and untrustworthy. When employees do not feel empowered, their engagement decreases. And unlike employees who work in a more fluid structure, they probably aren’t comfortable raising concerns, or even bad news, with their supervisors and aren’t motivated to push the well-being of the employee. company first.

The key to a vibrant and engaged workforce is creating a sense of belonging within that workforce. As author Jeff Haden says in Inc., “I care when I’m responsible and feel empowered to do the right thing.” And it’s this sense of empowerment that allows employees to feel like they can deliver bad news to a superior. Without it, what is “good” becomes less what is good for the company (mitigating the fallout) than what is good for the employee (protecting their job). If VW had had a structure where alternative voices could have been heard and, more importantly, respected, perhaps this event would never have happened, or at least would have been mitigated.

What VW needs is a leaner and more agile corporate restructuring: a less formalized but smoother hierarchy that allows people to feel supported to speak up when things go wrong and offer suggestions on how to solve the problem without fearing their ideas. or, at worst, to be fired themselves. Ultimate decision-making still belongs to the C-suite, but without open communication that considers relationships from within the organization with those that directly impact loyalty and customer experience, those decisions will never be. fully representative or complete.

Going forward, if VW wants to bring its corporate culture into the 21st century, it needs to rethink how it operates. Although Winterkorn was in the process of restructuring the organization into smaller holding companies when the news broke, this restructuring did not resolve the apparent lack of communication throughout the hierarchy. He always favored a top-down approach. It would have been a restructuring without a culture change. (A culture is made up of the behaviors of individuals.) And it’s VW’s culture that needs to be restructured, not its organizational chart.

A lesson from GM

VW would do well to follow GM’s lead under its current CEO, Mary Barra. Brought to a similar moment for GM, when it faced its own disastrous ignition switch recall scandal, Barra took the helm with confidence and full responsibility. Rather than hedge or swerve, Barra took responsibility on GM’s behalf and promised to not only get it right with the recall, but to put measures in place to prevent similar mistakes. She also set out to change GM’s old insular and hierarchical culture, starting with her own approach to changing behaviors that hold back progress.

In the year and a half since her promotion, Barra has taken an active role in getting GM out of “survival mode” of trying to overcome bankruptcy and its recall of Cobalt to a company she says has a “dynamic entrepreneurial spirit”. To that end, she brought together 300 of GM’s top executives to brainstorm the one thing they would need to bring to the corporate culture to turn it around. Leaders agreed and agreed that to thrive and emerge from the stifling and closed culture, they would need more candor, accountability and, above all, “the tenacity to win”.

Changing the culture of a company as large, diverse and sprawling as GM is a colossal undertaking, which cannot be accomplished in a matter of weeks. But by making it his mission as CEO, Barra has a goal around which his team can coalesce. And they are starting to see results.

Volkswagen can regain the trust and respect of its customers, but it must tackle the culture it has built, rather than the structure under which it operates. He has good role models to follow, if he wants to. Only by bringing more candor and open communication can VW regain the reputation and trust it has worked for years to build with its customers. The question then becomes how willing new leaders will be to make the necessary changes in the way they make decisions and whether they will be more inclusive. It would be a shame if the top floor of the senior management office building at the company’s main plant in Wolfsburg, Germany continued to be the place where all decisions must be approved.